On Monday, May 18 at approximately 10:49 p.m., an officer with the Great Bend Police Department conducted a traffic stop in the 3800 block of 12th Street on a 1998 Accura ATL for a traffic violation.

As the officer attempted to make an arrest, Chappell fled the scene in his vehicle, north bound on McKinley Street. The Police Department and Barton County Sheriff's Office deputies pursued Chappell.

During the pursuit Chappell struck a Barton County deputies vehicle and reached speeds of over 100 miles per hour. Stop sticks were deployed and Chappell crashed into an electrical box at 24th and Main Street in Great Bend.

Chappell ran from the vehicle, west bound through Brit Spaugh Zoo. Police K-9 Menta was deployed for a track and Chappell was later located by an officer along the north west fence line of the zoo.

Along with Great Bend Police Department and Barton County Sheriff's Office charges, Chappell had an extraditable felony warrant out of Colorado.

The passenger of the vehicle, Gerald Martin, age 56, was detained and later released.

The Great Bend Fire Department and Great Bend Street Department personnel responded to the scene. There were no reported injuries. This case is still under investigation.

Anyone with information on this or any other case is encouraged to contact the Great Bend Police Department at 620-793-4120 or Barton County Crime Stoppers at 620-792-1300. 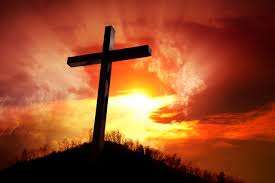