This week, the National Sorghum Producers (NSP) awarded U.S. Congressman Roger Marshall, M.D., with the Sorghum Congressional Award for 2019, the organization’s top honor for individuals who work diligently for the sorghum producers they represent and for achievements in creating and implementing farm policies that benefit sorghum farmers around the country.

“I represent the largest sorghum producing district in the U.S. I know how important this crop is to my farmers and the role it plays in our nation’s food, fuel, and fiber sources,” said Rep. Marshall. “I have enjoyed working with the NSP and sorghum growers across my district on issues of trade, renewable fuels, and regulatory rollback.”

Rep. Marshall has advocated for sorghum producers through the Environmental Protection Agency’s approval of a sorghum oil pathway, Renewable Fuels Standard policies, and working to find resolutions during the recent trade and tariff issues.

“Congressman Marshall represents a large number of our grower members in Kansas and has been a powerful advocate for the Kansas Big First,” NSP Chairman Dan Atkisson, a sorghum producer from Stockton, Kan., said. “We appreciate his relentless efforts to be a champion for sorghum and the Kansas farmers he represents.” 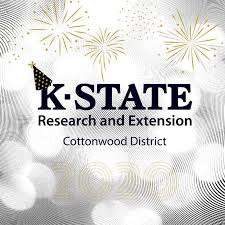 Topics will be the role of integrated weed management in controlling difficult weeds, managing multiple herbicide-resistant palmer amaranth, and updates on herbicides and herbicide tolerant traits.