Protecting your home from radon

What gas is odorless, colorless, and tasteless, but is cited as the leading cause of lung cancer in non-smokers? If you guessed radon you are absolutely right.

January is noted as Radon Action Awareness Month so it is the perfect time to share up-to-date information on this important topic.

Radon surveys show that 6 percent of homes in the U.S. have average concentrations above the recommended maximum level. However, the Kansas survey demonstrated that one in four homes were high. This information is provided by Bruce Snead, K-State Research and Extension residential energy specialist.

So how does this cancer causing gas enter a house? The most common way is it can seep from the soil beneath the foundation through cracks or joints. Another factor, soil porosity, under and around the basement or foundation, also affects the radon levels in homes and public buildings.

Detection of radon is relatively simple. We recommend purchasing a short term radon detection kit. We have these available at both of our Cottonwood District offices, (Great Bend and Hays). The kits cost $6.50 and we have a good supply available for purchase. Radon tests may also be found at hardware stores and on the Internet, usually for $25 or less.

Testing is important, because it is the only way to tell how much of the gas is present. We advise people to test in the lowest level where they spend time, such as a bedroom, living or family room. Avoid testing in a kitchen or bathroom, since the higher humidity in those areas can alter the test results. The testing device needs to be at least 20 inches above the floor and be left in place for two to four days. The goal is to measure the potential for elevated concentrations that come from the soil beneath the home's foundation.

If the initial test result is 4 pico curies per liter of air or higher, a follow-up test is recommended. If you find that you need to contact a contractor to help mitigate radon, give me a call. I have an up to date list of certified mitigation technicians and laboratories providing services in Kansas. Certification through the Kansas Department of Health and Environment for radon professionals was required starting in July 2011.

In Kansas, since July 1, 2009, residential real estate contracts must contain a specific paragraph recommending radon testing in real estate transactions and disclosure of test results. There are, however, currently no laws requiring such tests or mitigation of high levels of radon.

Consider testing your home soon. The cost of the test kit is a small price to pay for the peace of mind knowing the radon level in your home.

Donna Krug is the District Director and Family and Consumer Science Agent with K-State Research and Extension, Cottonwood District – Great Bend Office. You may reach her at:(620)793-1910 or [email protected] 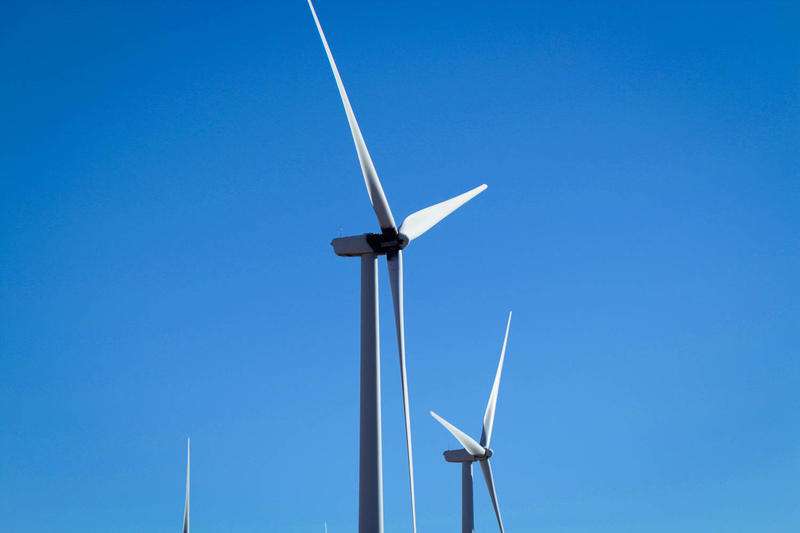 Why Kansas CO2 emissions are at lowest level in 40 years

Kansas’ decline is largely due to the rapid adoption of wind energy and a slow move away from coal powered electricity. That is to say: Kansas produces less carbon dioxide, or CO2, the powerful greenhouse gas that’s released into the atmosphere when we burn fossil fuels and is a major driver of climate change.

According to the U.S. Energy Information Agency, Kansas emitted 58.2 million metric tons of CO2 in 2017. That’s good enough to make Kansas only the 31st largest emitter in the U.S.

While it’s below the national average, on a global scale: “Kansas, if it were its own country, would be one of the top 60 CO2 emitters,” said Joe Daniel, an energy analyst at the Union of Concerned Scientists.

So, when Kansas sees a reduction in emissions like it has in the past decade, it matters, he said.

The decline began in 2007, when total CO2 emissions in Kansas peaked at nearly 80 million metric tons.

Where CO2 comes from

So how did the state reduce its annual CO2 emissions by as much as the entire country of Bolivia so quickly? Three graphics explain it all.

First, it’s helpful to know the source of Kansas’ CO2 emissions. In 2017, about half of total CO2 emissions came from burning fossil fuels, such as coal and natural gas, to create electricity. The rest was mostly from burning gasoline and diesel in our cars and trucks.

The recent reductions aren’t transportation-related, because, despite more efficient and cleaner burning engines, additional people and cars have offset the difference. In fact, total transportation emissions in Kansas have barely changed in the past 40 years.

The decline of coal

As the graph shows, energy-related CO2 emissions began to plummet in the mid-2000s. Specifically, it’s emissions from coal-fired power plants.

While some of the reductions are likely due to plant upgrades and federal environmental regulations that forced coal plants to clean up what was coming out of their smoke stacks, it’s mostly because plants burned less coal.

Daniel said the decline is largely due to economics. With the fast growth of cheap wind-generated electricity in Kansas, it’s become less profitable to run coal plants.

“I don’t think a month has gone by where I haven’t read a study about the poor economics of either coal plants, or coal mines, or the companies that invest in those properties,” Daniel said.

The rise of wind

About 36% of all electricity produced in Kansas is from wind, the highest percentage of any U.S. state.

Twenty years ago, there was no such thing.

Part of the rapid growth of the industry is obvious: You wouldn’t put a wind turbine in a place with no wind, and there’s a lot of wind in Kansas.

Plus, federal and state tax incentives encouraged developers to jump into the market.

And it’s increasingly cheaper to build a wind farm.

“Will we see four wind projects come online every year for the next five years? No,” said Kimberly Gencur-Svaty, director of public policy at the Kansas Power Alliance. “But I do think we’ll probably continue at a pace of where we’ve averaged the last 20 years, which is a project or two.”

How low can it go?

Ashok Gupta with the Natural Resources Defence Council said the move to renewable energy and subsequent decrease in CO2 emissions will be vital to reducing the impacts of climate change.

But, he wondered if it will be fast enough, especially in states that have a lot of wind.”

“We should be going by 2030 to pretty much carbon-free electricity,” he said.

Achieving a clean electrical grid will also be key to reducing those emissions, Gupta said, even if it also means another, different shift in the way things are currently done.

“We have to start making sure that our transportation and our buildings are moving to all electric,” he said. “That’s the strategy for the next 10 years.”

Editor's note: This story was corrected  on Dec. 30 to show the coal plants produced gigawatt hours of electricity, not megawatt, and that there are 20 million metric tons of transportation emissions, not 20 metric tons.

Brian Grimmett reports on the environment, energy and natural resources for KMUW in Wichita and the Kansas News Service. You can follow him on Twitter @briangrimmett or email him at [email protected] The Kansas News Service is a collaboration of KCUR, Kansas Public Radio, KMUW and High Plains Public Radio focused on health, the social determinants of health and their connection to public policy.