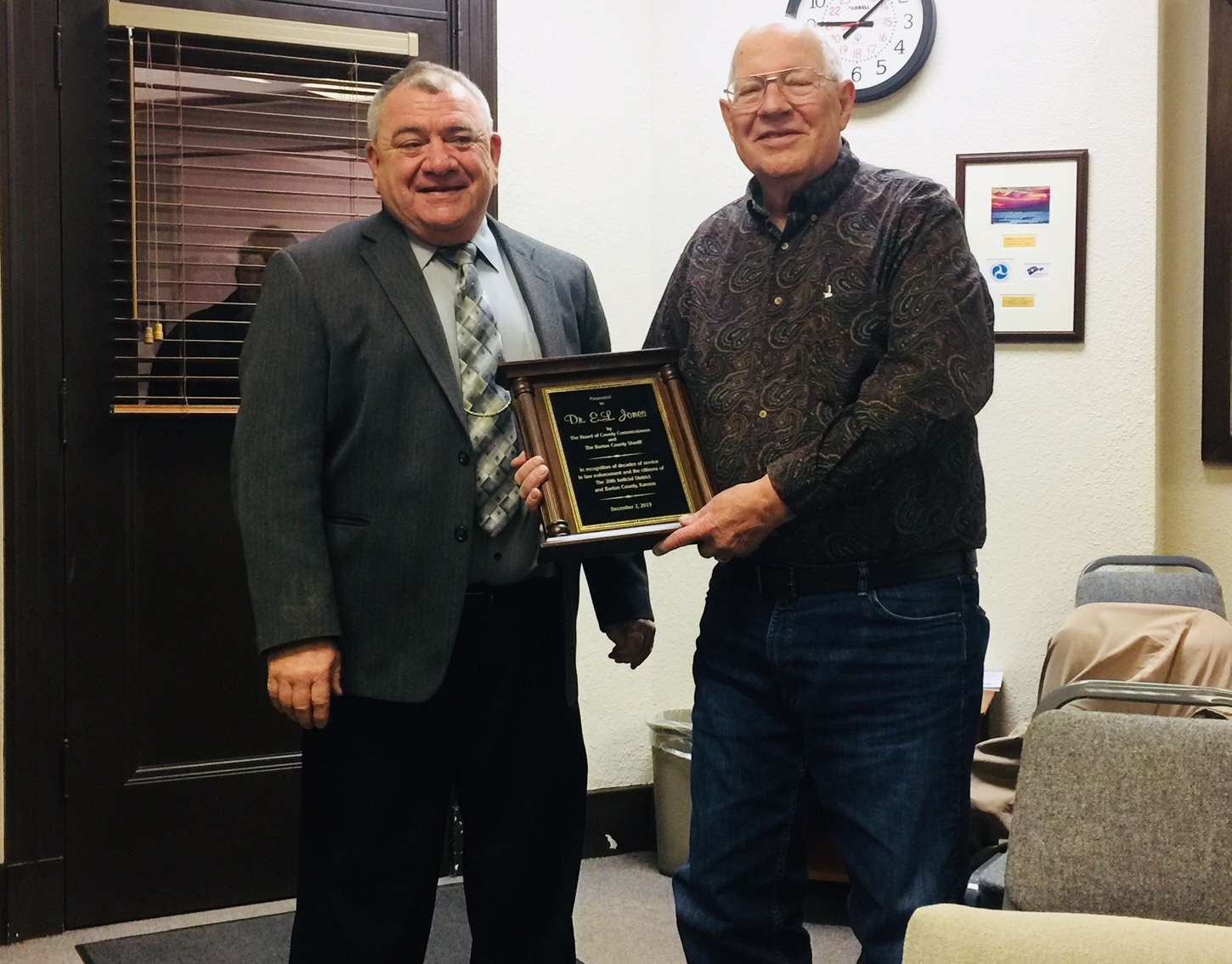 Dr. Edward Jones was appointed District Coroner of the 20th Judicial District in December 1994, and has served as a coroner in some capacity since 1969.

Jones submitted his letter of resignation to Barton County Commissioners at Monday’s meeting and announcing his retirement.

Barton County Sheriff Brian Bellendir says he has probably learned more from Jones than any class he has attended during his time in law enforcement regarding life, death, and medicine.

"Dr. Jones is probably one of the best teachers for law enforcement that I ever ran across," said Bellendir. "I started in 1981, and the first autopsies I went to were with Jones."

The 20th District consists of Barton, Ellsworth, Rice, Russell, and Stafford counties. Jones also served as coroner for the 24th District in the past that consists of Edwards, Hodgeman, Lane, Ness, Pawnee, and Rush counties. Commission Chair Jennifer Schartz wished Jones well in his retirement.

"You provide a service that most of us do not want to know anything about," said Schartz. "You are out in all hours and we appreciate that you keep things behind closed doors. I wish you well in your retirement."

Jones was reappointed to a four-year term as District Coroner last year that is set to run through 2022. County Administrator Phil Hathcock and Bellendir worked to find a new District Coroner and were able to recruit Dr. Stanley Hatesohl. Hatesohl was appointed to serve the remaining years of Jones’ term. Hatesohl served as a coroner in Clay County for 20 years.

Barton County pays a monthly stipend to the District Coroner and a fee per call.

A reception was held following the Commission meeting in the Barton County Courthouse to show appreciation to both Jones and Hatesohl. 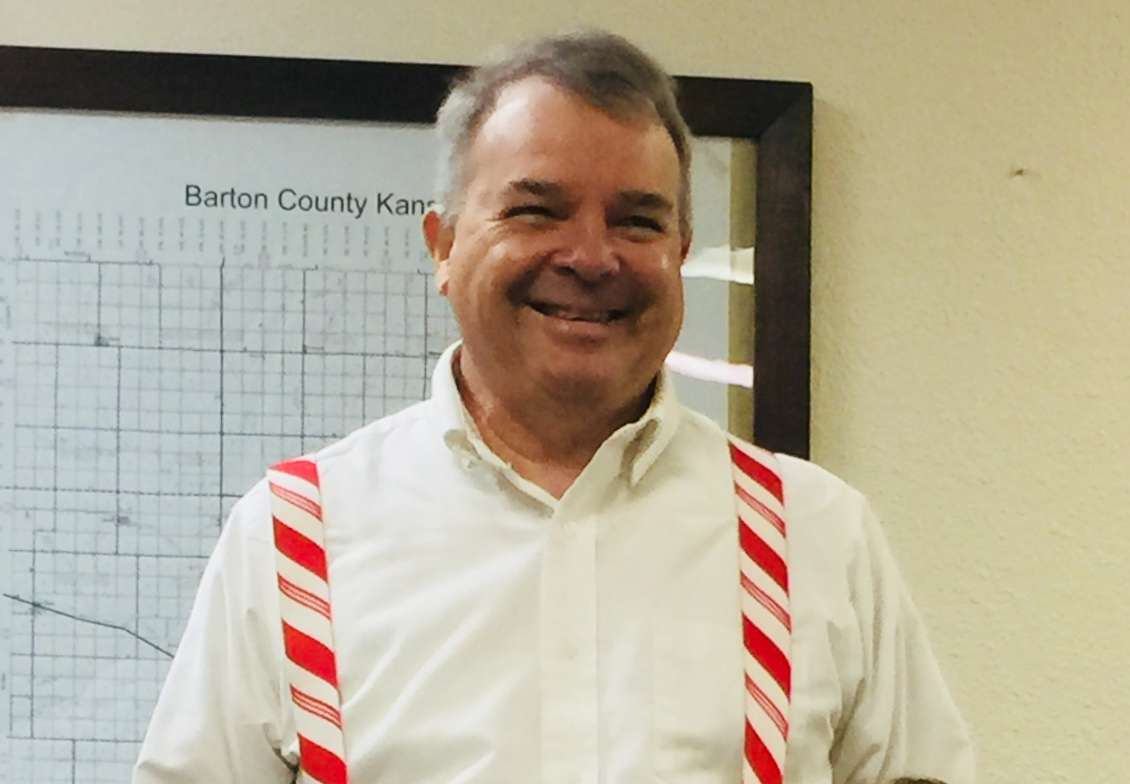 Dr. Stanley Hatesohl was appointed to serve the remaining term through 2022 as District Coroner for the 20th Judicial District at Monday's Barton County Commission meeting. 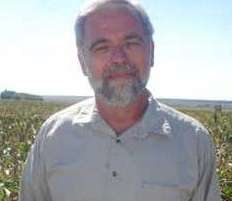 The drought monitor shows abnormally dry areas in Western and South Central Kansas expanding with Barton, Stafford, Rice and Pratt Counties still abnormally dry. However, the area of drought is expanding into eastern Stafford County.  The abnormally dry area is continuing to expand into Northwest Kansas. On the plus side the past week included some moisture which helps a bit, especially with seasonal temperatures. The down side is the chaos this weather has played with the holiday weekend. Any soil moisture recharge at the soil surface is a benefit as it not only is needed moisture but helps moderate soil temperatures and helps protects the growing point on the 2020 wheat crop.

Just in case you are interested, here is the URL for the drought monitor website which is updated every Thursday with data collected the preceding Tuesday (https://droughtmonitor.unl.edu/). Now that the 2019 harvest is essentially over and the 2020 wheat crop is in the ground, many non-producers assume farmers have a lot of free time. Let’s take a brief and by no means complete look at what a typical producer may be doing the next month or so.

·        Once harvest is over and spraying done for a while, clean out equipment, conduct any necessary repairs, winterize sprayers and tractors, and prepare for spring field work. An entire column could be devoted to this and other bullet points.

·        Hopefully, continue to prepare records, payments, etc. for filing 2019 taxes. The word hopefully is used since trying to do this by starting now is a herculean task. Even when using an accountant – an operator has a lot to do here.

·        Unless done already, determine as best as possible a marketing plan for crops in the bin. This is as much an art as a science and takes into account many factors from input costs to world export markets.

·        Make sure all necessary reports are filed with the Farm Services Administration and any other necessary governmental agency. This can be a bit of a challenge when dealing with several landlords, insurance claims, and dealing with lending agencies.

·        Looking at input purchases for the 2020 year should likely have already have started. Examining opportunities for purchases at lower prices. Determining varieties and hybrids to purchase.

·        Determining 2020 planting intentions, even though almost five months away. Looking at projected crop values and input costs to divide up acreage by crop is just part of this process. It also includes looking at 2019 yields, problem fields, weed problems, soil test levels, etc.

·        Depending on the year and testing program, take soil test samples (except for sulfur and nitrogen), have them analyzed with results for anticipated crops and yield goals, and then develop a fertilizer/ liming program based on these results.

·        This is also the start of peak meeting season for producers to learn and grow in their knowledge base. Meetings conducted by extension, commodity groups, and industry all serve to aid a producer in making operations as efficient and environmentally safe as possible.

·        Finally, for many, they produce not only crops but have livestock as part of their operation. So they are feeding and watering livestock, monitoring animal health and treating illnesses and injuries, and for many preparing for calving.

Most would agree, producers have a great deal to keep them busy.