Great Bend to look into traffic lights at prominent intersections 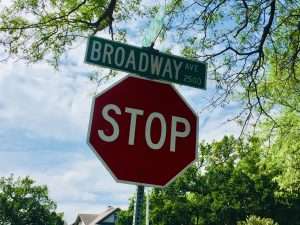 Great Bend Mayor Joe Andrasek asked City Administrator Kendal Francis to look into what needed to be done to research the possibility of inserting traffic lights at a pair of intersections in Great Bend. Andrasek asked about 10th & Patton Road and also Broadway & Harrison Street.

"We have lots of school kids that would benefit by being able to use it for crossing easier," said Dawson. "With the new signals that are electronically controlled, if there are not any cars trying to get onto Broadway, the light for Broadway traffic should stay green."

Great Bend’s on-call engineer PEC informed city staff there would need to be a traffic study performed before any action took place.

"I know it has been five or six years since they have done a study on 10th & McKinley," said Urban. "The city has done some major construction in that area that may have increased the volumes."

The city council recommended the Kansas Department of Transportation to come perform the traffic counter at the intersections. Francis noted he will submit the request, but it could be several months before KDOT is able to complete the study.