CHARLOTTE, N.C. (AP) — NASCAR provided live action to its fans with a virtual race at Homestead-Miami Speedway that was televised nationally.

NASCAR got 35 of its drivers to participate in the event, which was won by three-time Daytona 500 winner Denny Hamlin. He raced barefoot on a simulator in the living room of his North Carolina home.

NASCAR has suspended racing until at least May 9 so series executives and iRacing put together the inaugural eNASCAR iRacing Pro Invitational Series. The first event was at Homestead, where NASCAR was supposed to be racing Sunday before COVID-19 brought sports to a halt. 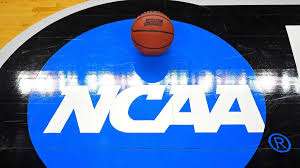 AP Was There: Duke hangs on for '10 championship over Butler

By EDDIE PELLS - INDIANAPOLIS (AP) — The ball went sailing while the buzzer went off. Where it landed would be the difference between a shining moment for one team, a tear-stained loss for another.

Butler forward Gordon Hayward’s halfcourt shot hit backboard, then rim, then barely careened out. Duke beat Butler 61-59 on Monday night. What a game! And what a way to end the season, even if America’s favorite underdog came up a little short.

“It will become an historic game, a benchmark game,” Duke coach Mike Krzyzewski said. “Not just the way it was played, but who played in it and what comes about.”

Memorable, indeed, for the way both teams battled, never giving an inch, or giving in on a single possession. And memorable for the way it ended.

Tiny Butler, on a mission to write a sequel to “Hoosiers,” had two chances to win it in the last 4 seconds. Hayward’s more traditional attempt a fadeaway, 15-footer was barely long. Then, after Brian Zoubek made one free throw and intentionally missed the next, Hayward collected the rebound, moved to halfcourt and took another shot that was on line, but barely bounced out.

“I can’t really put it into words because the last couple of plays were just not normal,” said Duke’s Kyle Singler, who scored 19 points and was named the Final Four’s most outstanding player.

The Blue Devils (35-5) got the right bounces at the end to snap Butler’s 25-game winning streak and bring the long-awaited fourth national title back home to the Cameron Crazies.

The “Big Three” Singler, Jon Scheyer (15 points) and Nolan Smith (13) won the Big One for Coach K, his first championship since 2001 and fourth overall, tying him with Adolph Rupp for second place on the all-time list. Krzyzewski is now 4-4 in title games.

“It’s the best one I’ve been involved in of the eight,” he said.

Nobody figured this would be easy, and it wasn’t no way that was going to happen against Butler, the 4,200-student private school that sent millions of brackets to the paper shredder while earning the right to make the 5-mile drive from its historic home, Hinkle Fieldhouse where they filmed “Hoosiers,” to the Final Four.

Butler (33-5) shaved a five-point deficit to one and had a chance to win it, when its best player, Hayward, took the ball at the top of the key, spun and worked his way to the baseline, but was forced to put up an off-balance fadeaway from 15 feet.

He missed, but Duke’s title wasn’t secure until Hayward’s desperation heave bounded out.

“The first shot, caught it, tried to go left, went back right. Thought it was a good shot and missed it,” Hayward said. “The last shot, it was just a last-second shot. I don’t know. It missed.”

What a game to end one of the most memorable March Madnesses in history, filled with wild finishes, upsets and underdogs; the kind of tournament that some fear could be history if the NCAA moves forward with an expansion to 96 teams something very much on the table for next year.

It was the closest margin of victory in a final since Michigan defeated Seton Hall 80-79 in 1989.

“We came up one possession short in a game with about 145 possessions,” said Butler’s 33-year-old coach, Brad Stevens. “It’s hard to stomach when you’re on the wrong end of that.”

Nobody led by more than six.

The Blue Devils won with defense. They held the Bulldogs to 34 percent shooting and contested every possession as tenaciously as Butler, which allowed 60 points for the first time since February.

They won with some clutch shooting. Singler went 3 for 6 from 3-point range and the Blue Devils went 6 of 6 from the free throw line in the second half until Zoubek’s intentional miss.

They won with a mean streak. It was most pointed when Lance Thomas took down Hayward hard to prevent an easy layup with 5:07 left. The refs reviewed the play and decided not to call it flagrant one of a hundred little moments that could have swung such a tight, taut game.

They won because that last shot didn’t go in.

“Speechless. It’s the best feeling in the world,” Smith said. “That shot didn’t go in and I just hugged Kyle and just hugged my teammates. We’ve worked so hard and we finished it together.”

A perfect ending for Duke, which won a different way this season, on a team that had no superstars.

Good teams only become great in Coach K’s mind when they win it all, and though the members of this group may not end up with lottery-pick money in their pockets, they’ll have a national title forever. They’ll be mentioned in the same breath as Christian Laettner and Shane Battier and Grant Hill, all immortalized by the Cameron Crazies, who were outnumbered about 5-to-1 at cavernous Lucas Oil Field.

They’ll be the ones who put Duke back on top on Tobacco Road, where last season, North Carolina brought home its second of two championships in the time since Duke last made the Final Four, six years ago.

That’s like a lifetime down there. But now, the Blue Devils are standard-setters.

“There’s only one team that can say they are national champions and that’s us,” freshman guard Andre Dawkins said.

Even though the trophy won’t go to Butler, the point has been proven.

Teams with mega-money from power conferences aren’t the only ones that win in big-time college sports. Nothing proved that better than the Bulldogs in their run through this year’s NCAA tournament.

In the true team fashion that has defined “The Butler Way,” the Bulldog scoring was distributed almost perfectly even. Hayward and Shelvin Mack had 12 each. Matt Howard, coming off a concussion in the semifinal win over Michigan State, finished with 11, and 2-point-a-game scorer Avery Jukes kept Butler in it with all 10 of his points in the first half.

“Hate losing,” Hayward said. “It’s one of the worst feelings personally that I have, is losing. So it’s great for us to be here, but that’s not what we wanted to do. We wanted to win.”

They captured America’s attention, and its heart, and came close to writing the unthinkable sequel to “Hoosiers.” In the movie, the winning team is tiny Hickory High, and Jimmy Chitwood hits the game-winner at the buzzer to strike a blow for the little guys.

Thankfully, that movie is still available on DVD.

“My congratulations and empathy are with the Butler team, who played winning basketball,” Krzyzewski said. “And, yeah, to me, it was a game that we won, but they didn’t lose.”