ENGLEWOOD, Colo. (AP) — Another veteran quarterback is on the open market. A person with knowledge of the move tells The Associated Press that the Denver Broncos are waiving Joe Flacco after he failed his physical.

Flacco sustained a neck injury last season and missed the final two months of the season. He was eventually replaced by rookie Drew Lock.

Earlier this week the Broncos agreed to terms with new backup quarterback Jeff Driskel. Cutting ties with Flacco means the Broncos take a $13 million salary cap hit but it also frees up $10 million for the team to spend in free agency. 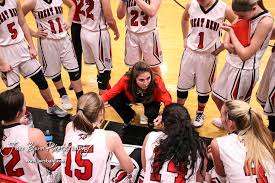 The Great Bend Lady Panther basketball team will have a new leader on the sideline next season.

Minton compiled a recod of 75-97 in her 8 seasons including a 21-4 record in 2013-2014 when Great Bend reached the state tournament before losing to Kapaun Mt. Carmel in the 3rd place game at the 5A State Tournament.

According to the USD 428 website, applications are being accepted for the now vacant position through April 10, 2020.