1 in custody after alleged threat at Kansas school

WABAUNSEE COUNTY — Law enforcement authorities and USD 330 authorities are investigating an alleged school threat and have one suspect in custody.

On Monday, the Mission Valley Schools contacted the Wabaunsee County Sheriff's Office with concerns about a threat that had been posted on social media, according to the sheriff's office.

Officers from the Wabaunsee County Sheriff's Office and The Kansas Highway Patrol responded.

The incident was resolved quickly without any danger to the students, faculty, staff, or public.

The school was safe and secure and the person who had made the threats was not present at the school. An individual has been taken into custody from a residence in Wabaunsee County, according to the sheriff's department.

Authorities have not released additional details and possible charges against the juvenile in custody. 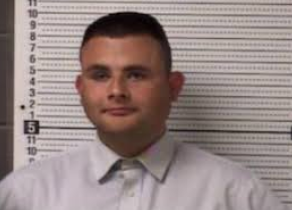 WICHITA, Kan. (AP) — A man who claims he was banished from Kansas as a condition of a plea deal could be allowed back in the state under an agreement reached Monday, although a county prosecutor disputes that he was ever banned from returning.

The American Civil Liberties Union of Kansas said in a news release that it has agreed to drop a civil lawsuit brought on behalf of Bo Dana Rupert in exchange for an amended Montgomery County plea agreement in a related criminal case against him.

Court transcripts show Rupert pleaded no contest in 2017 to three felony counts of making a criminal threat and three misdemeanor counts of filing a false report. He was sentenced to 12 months of probation, and the judge accepted a plea agreement under which Rupert agreed to leave Kansas and never return. It is unclear from the court transcript whether the judge intended to specifically include that provision as part of his sentence.

That 2017 plea agreement explicitly stated Rupert was not to return to Kansas: “If the defendant does return to Kansas then the terms of this agreement have been violated and the County Attorney may consider filing all other charges for additional offenses not filed now.”

But on Monday, Montgomery County Attorney Larry Markle vehemently pushed back against the ACLU’s claim that Rupert was banished. Markle shared with The Associated Press a sworn affidavit from Rupert’s criminal defense attorney stating it was Rupert who came up with the idea to put a stipulation in the plea agreement that he transfer his probation to another state and not return to Kansas, or risk new charges.

“The bottom line is that Rupert was not ‘BANISHED,’” Markle said in an email.

Rupert left Kansas the day after his sentencing and has never returned, according to the ACLU. The group said in its filing that his then attorney advised him: "Don't still be here tomorrow when the sun comes up." That attorney, Heath Lampson, disputes ever giving him that advice.

Two weeks after he was sentenced, Montgomery County issued an arrest warrant for Rupert stating he had violated the terms of his probation by not attending his probation meetings in Kansas.

The ACLU said in a court filing that the banishment was reminiscent of punishments in the days of the Wild West, when convicted criminals were dropped at the state line and warned to never return in a practice called "sundown probation;" and in ancient Greece, where people convicted of homicide or embarrassing military defeat were sent into exile.

Rupert contends in a court filing that he has been unable to return to Kansas for fear of violating the plea agreement.

Under the civil settlement, Markle agreed not to prosecute Rupert for being an absconder.

Markle said court probation officers were ready to testify under oath that they specifically told Rupert he could not leave the state until the interstate process had been completed for his probation. He released to AP a recording in which Rupert can be heard telling a law enforcement official that he was leaving Kansas for a good-paying job in Texas, but that he felt he was being run out of town by police harassment.

“The ACLU either failed to properly investigate this case before filing suit and/or failed to educate themselves on criminal procedure before filing suit, which contains numerous false allegations against the Montgomery County Attorney’s office,” Markle wrote. “The ACLU is more concerned with headlines than the truth.”

“We hope attorneys on both sides will think twice before adding stipulations like this one to ... agreements in the future,” Lauren Bonds, legal director for the ACLU of Kansas, said in a news release. “This was an unusual situation, to say the least.”

In court filings, Markle argued that Rupert never claimed that the county attorney had ever tried to enforce the offending provision.

The ACLU issued a news release stating it was Lampson who prepared the “problematic terms of the plea agreement, not Markle.”

Lampson did not immediately return a message seeking comment.