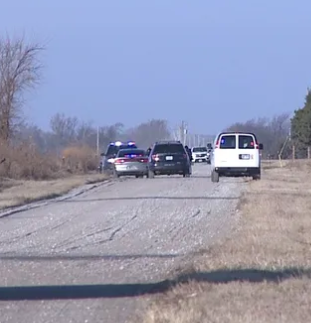 SEDGWICK COUNTY — Law enforcement authorities are investigating a reported burglary and the resulting chase sent four suspects to the hospital.

Just after 7:30 a.m. Wednesday, deputies were dispatched to a burglary in progress in the 8400 block of south West Street, according to Lt. Tim Myers with the Sedgwick County Sheriff's Department.

Deputies attempted to stop the vehicle and it fled. A vehicle pursuit ensued. The sedan turned left on to 87th Street south and continued east bound. A Tactical Vehicle Intervention (TVI) was authorized, according to Myers.

The pursuing deputy executed the TVI maneuver and the vehicle left the roadway, struck the ditch and rolled.