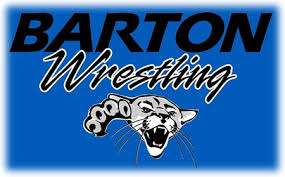 Kolby Droegemeier led the Cougars as the lone placer as the nation's 4th ranked 149 wrestler had his day cut short via injury in forfeiting his final two matches in placing 6th. Droegemeier reached the semifinals behind an opening 52 second pin followed by a pair of decisions but would come out short in the final four to the event champion of unattached wrestler Jake Beeson by a 4-0 score.

Gable Howerton went 5-1 during the afternoon, bouncing back from a second round defeat to the eventual 3rd place finisher Hunter Shelton of Baker University. Ranked 7th in the 157 division, Howerton began his day with a major decision then chaled up a pair of pins and decisions before having his day end on the six match rule one round shy of qualifying for a placer position.

A pair of Cougars went 2-2 in having their consecutive week placing streak snapped. 5th ranked Andrew DeArmond lost his 165 division opening round match to the eventual 6th placer while 184 division 4th ranked Joey Ewalt's pair of losses were to the eventual 5th and 6th placers.

In the 133 division Drew Burgoon completed the afternoon 3-2, rattling off three victories of decisions on either side of tech fall before bounced from the quarterfinals by the eventual third place finisher.

Johnney Perez was derailed on the championship side by the eventual 4th placer with a late takedown spoiling a 2-1 lead to end the day at 0-2.

The non-team scoring amateur section of the meet featured nearly 350 wrestlers with another 200 in the Elite division spanned across sixteen mats featuring eight hours of wrestling from NCAA Division I to junior college competitors.

Barton's next action will be in two weeks as the Cougars head south to Plainview, Texas, for the Wayland Baptist Invitational.